It’s been a while since we last posted a blog update, but just because we’ve been quiet doesn’t mean we haven’t been busy. 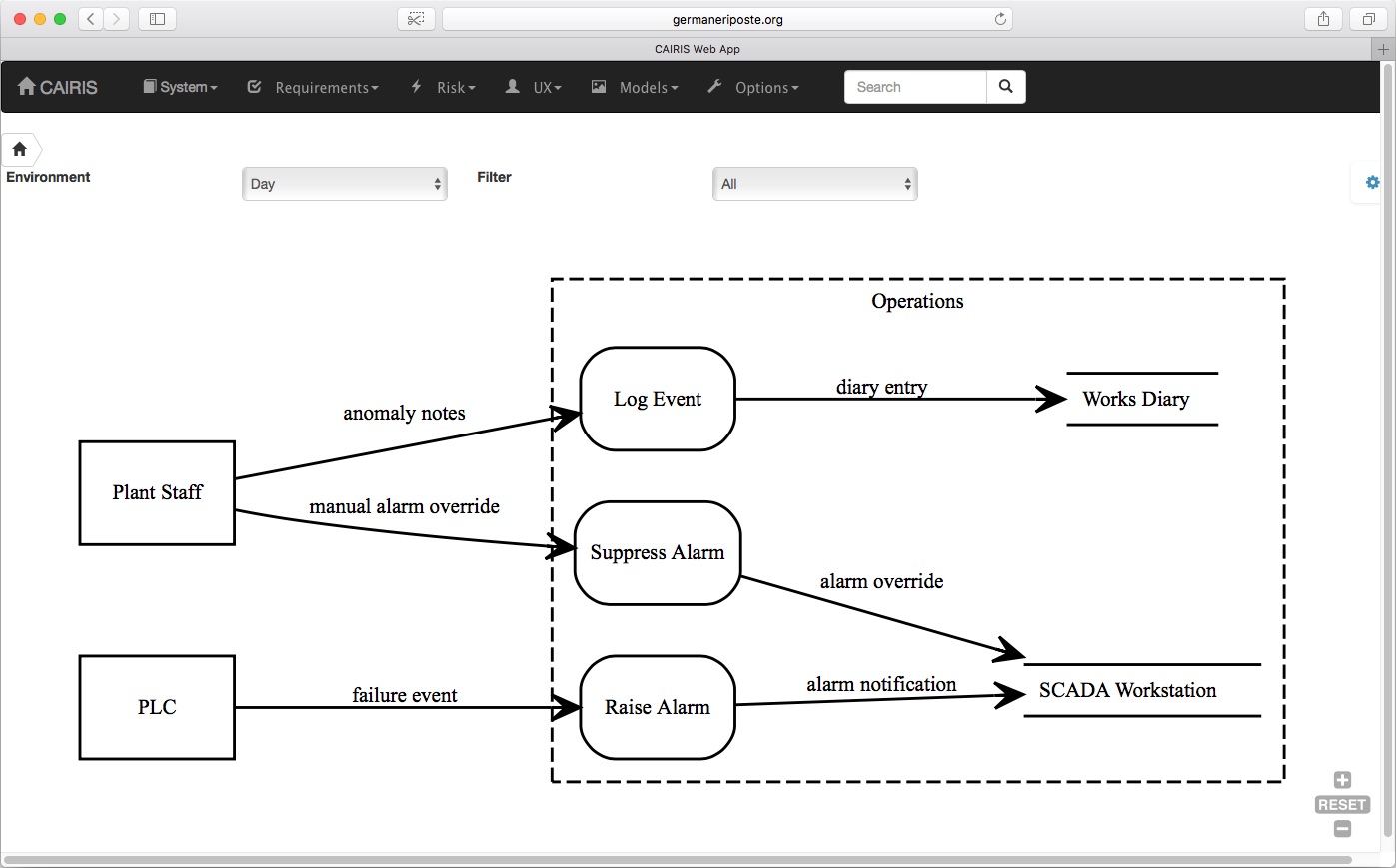 At ESPRE 2017, we presented work on how CAIRIS might be used to better support collaboration between security and usability engineers. This paper not only described CAIRIS’ support for attack tree modelling, and automation for persona creation, it also showcased new functionality for creating data flow diagrams. In addition to support for DFDs, we’ve also created a new ‘threat model’ view on the CAIRIS home page. This is analogous to a STRIDE table and shows how data flow diagram elements in a given environment are exposed to threats specific to different security and privacy properties.

We’ve also used the opportunity of migrating from the desktop to the web client to improve the stability and resilience of CAIRIS in general. We closed a lot of long-standing open issues, updated the back-end codebase to be compatible with Python 3, and discovered and resolved lots of issues in the web client. There may still be other issues with the web client, so please don’t hesitate to raise an issue if, while using CAIRIS, something doesn’t feel right.

We’ve also started the long-overdue overhaul of CAIRIS’ documentation. Until recently, this was maintained in github pages. We’ve now made the documentation part of the codebase again, which is now rebuilt on the excellent Read the Docs platform after every update to GitHub. The documentation for the desktop application has now been updated to reflect the web client, and we’ve started to document areas of CAIRIS we never got around to properly documenting first time around, e.g. use cases, traceability, etc. There is still a lot to update, so if there is something you particularly want to see documented now then please raise an issue and we’ll look at prioritising what you need. We would also welcome pull requests for any typos you find or general improvements you think might be useful.

Finally, if you’ve been following this blog then you will know we trialled a live demo of CAIRIS a few months ago. The live demo now has a permanent home: http://demo.cairis.org. We’ve made some tweaks to the configuration of the live demo, so – even though the demo runs in the cloud – its performance should be almost as good as if the CAIRIS container was running on your desktop or within a VM.

CAIRIS now has support for multiple databases, which means we can now load both of the CAIRIS exemplar models on the live demo: NeuroGrid and ACME Water. Once you login (user: test, password: test), just click on the System / Open Database menu and select the model you want to play with. The demo is rebuilt from the latest CAIRIS sources every night, so please feel free to create new models or edit existing ones as you see fit.