Although CAIRIS was designed as a security requirements management tool, it’s a big tool which does much more than just manage requirements. This is the first of a series of postings that describes just some of the things you can do with CAIRIS.

In this posting, we look at how attack trees can be incorporated into CAIRIS. Attack trees are a formal, methodical way of describing the security of systems (Schneier, 1999). They are a lightweight approach for modelling attacks; this is a good thing as they are simple enough that people can quickly create and contribute to them. Once the trees are created, it would be useful if these could be incorporated into a larger system’s design with the minimum of effort.

Attack trees have been used in conjunction with CAIRIS during the design of webinos, but CAIRIS was only used to support the creation and management of attacker personas. Once the insights had been drawn from the attack trees and incorporated into the other design models, they were largely forgotten. However, it might be useful to have these attack trees around in some form, in case people want to see how resulting threats or vulnerabilities arose.

CAIRIS doesn’t support attack trees, but it does support KAOS obstacle models. Obstacles are conditions representing undesired behaviour that prevent an associated goal from being achieved (van Lamsweerde and Letier, 2000), where the associated goal is some form of requirement the system needs to satisfy. The obstacle model is represented using the same top-down approach notation as attack tree, so they seem a good candidate for representing the attacks and the sort of things that need to hold for an attack to be successful.

To illustrate how we can incorporate attack trees into CAIRIS using obstacle models, let’s look at a simple example.

We teach attack trees to our second-year ethical hacking students at BU, and we encourage them to use low fidelity approaches for modelling their trees; this ensures technology doesn’t get in the way of ideation. Our students are taught how to identify and exploit vulnerabilities using tools like nmap and metasploit, and attack trees allow them to visualise what they have done, so they can explain their attacks to others.

Here is an example of a partially complete attack tree that arose when discussing how a vsftpd backdoor in Metasploitable might be exploited.

We can quickly render this tree into something machine readable using graphviz. Here is the attack tree rendered in graphviz’s Dot language (downloadable from here).

This is the model generated by graphviz based on the Dot file. 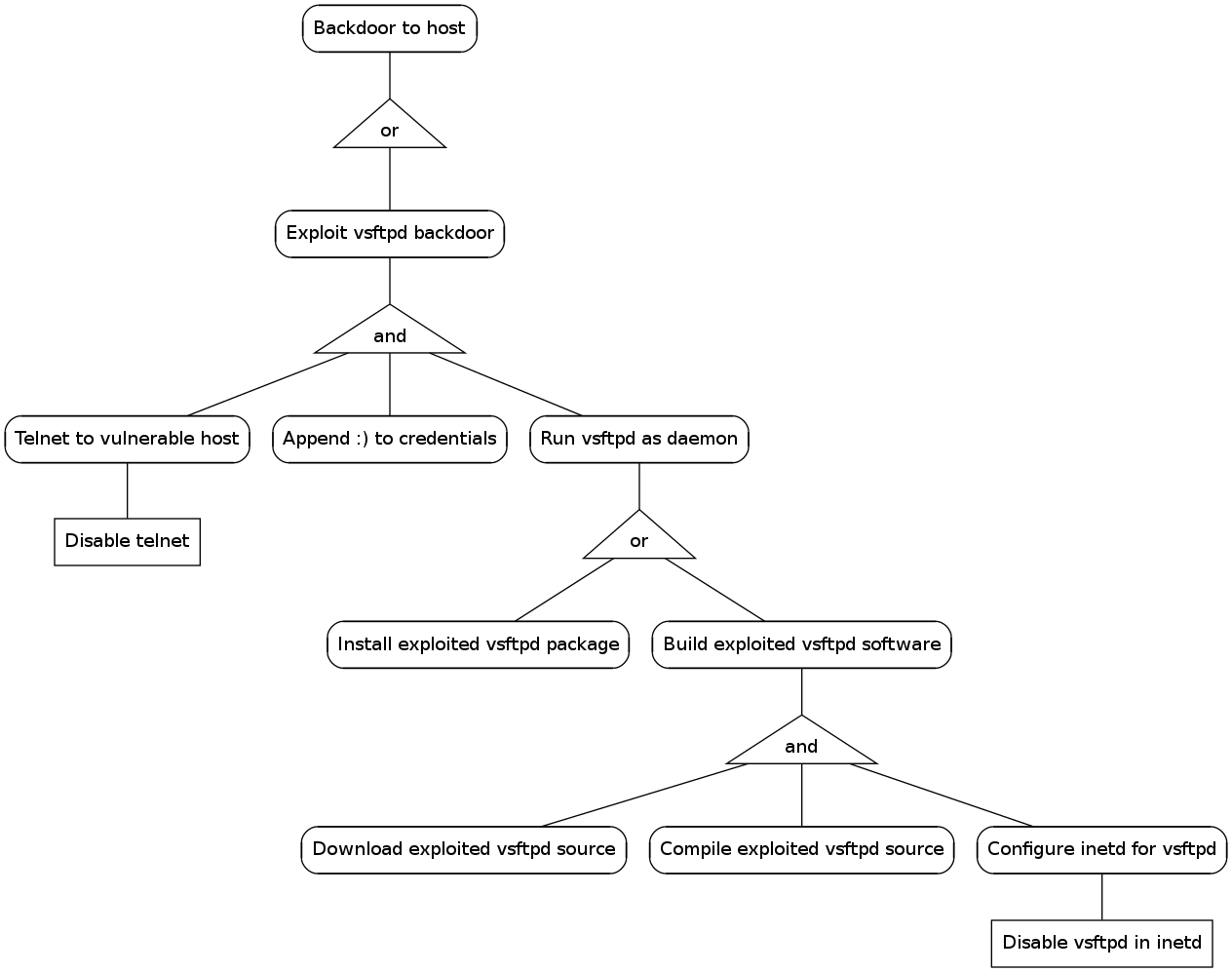 CAIRIS can import an attack tree rendered in Dot and convert this to an obstacle model, but two pieces of information need to be provided first:

Armed with this information, we can import the attack tree into CAIRIS, but selecting the System / Import Model, selecting ‘Attack Tree (Dot)’ from the combo box, and providing the above information.

With the model now imported into CAIRIS, it’s possible to visualise the model and start integrating insights from the model into the rest of a system’s design. 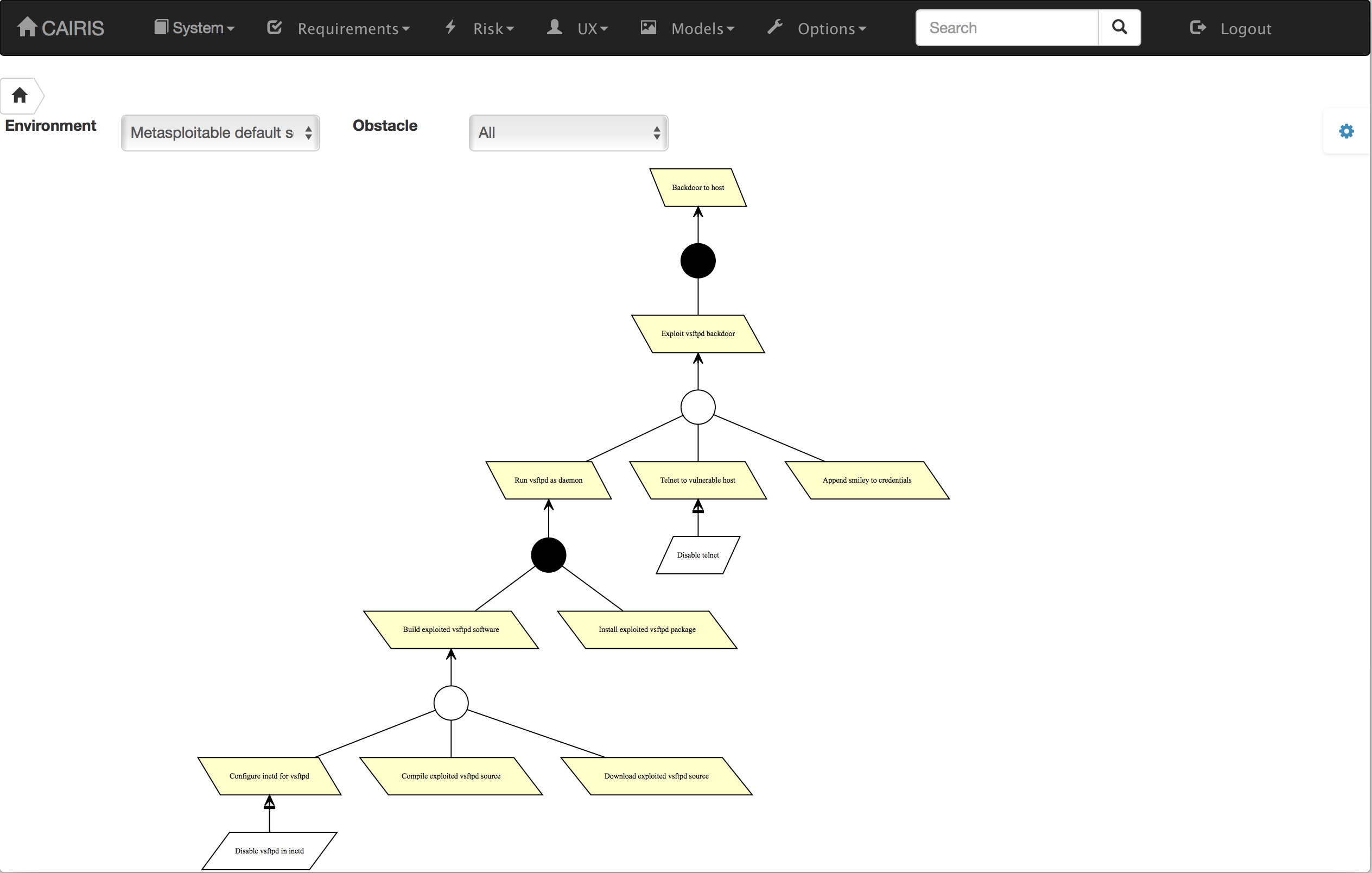