Easing the process of adopting CAIRIS

Although the blog has been quiet in recent months, a lot has been happening with CAIRIS. As a result of this work, it’s now easier than ever for both users and developers to adopt the tool. Here is a quick summary of these changes. 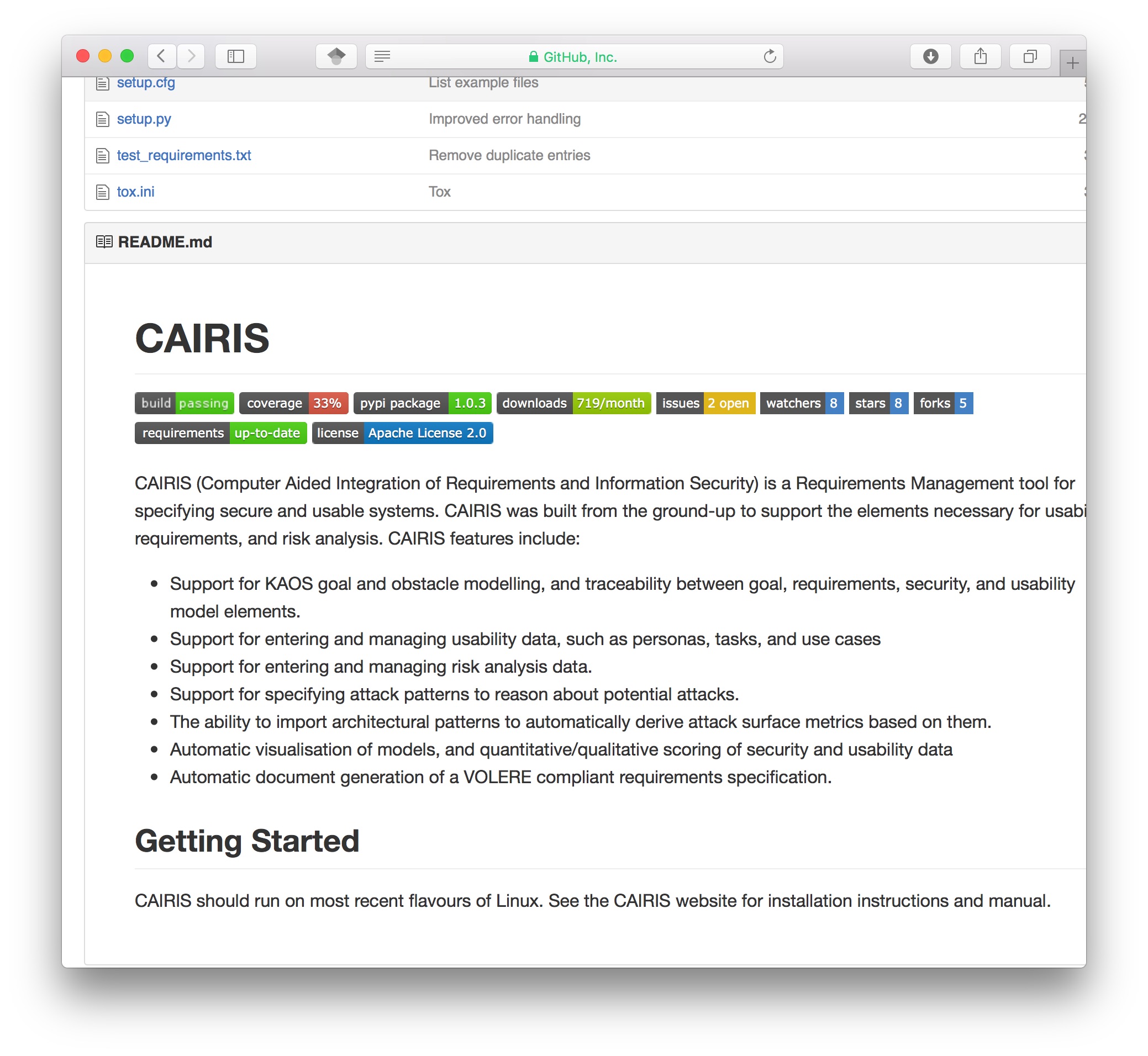 Watch this space for further updates on some of the above initiatives!