It’s been a long time coming, but we’ve finally published the first version of the CAIRIS web API. Despite this announcement, the CAIRIS API has been in use for quite a while. The web application relies on it, as does the Persona Helper Chome Extension. However, until now, the only way of really understanding what the API is and how it works has been to browse the CAIRIS source code and test cases. 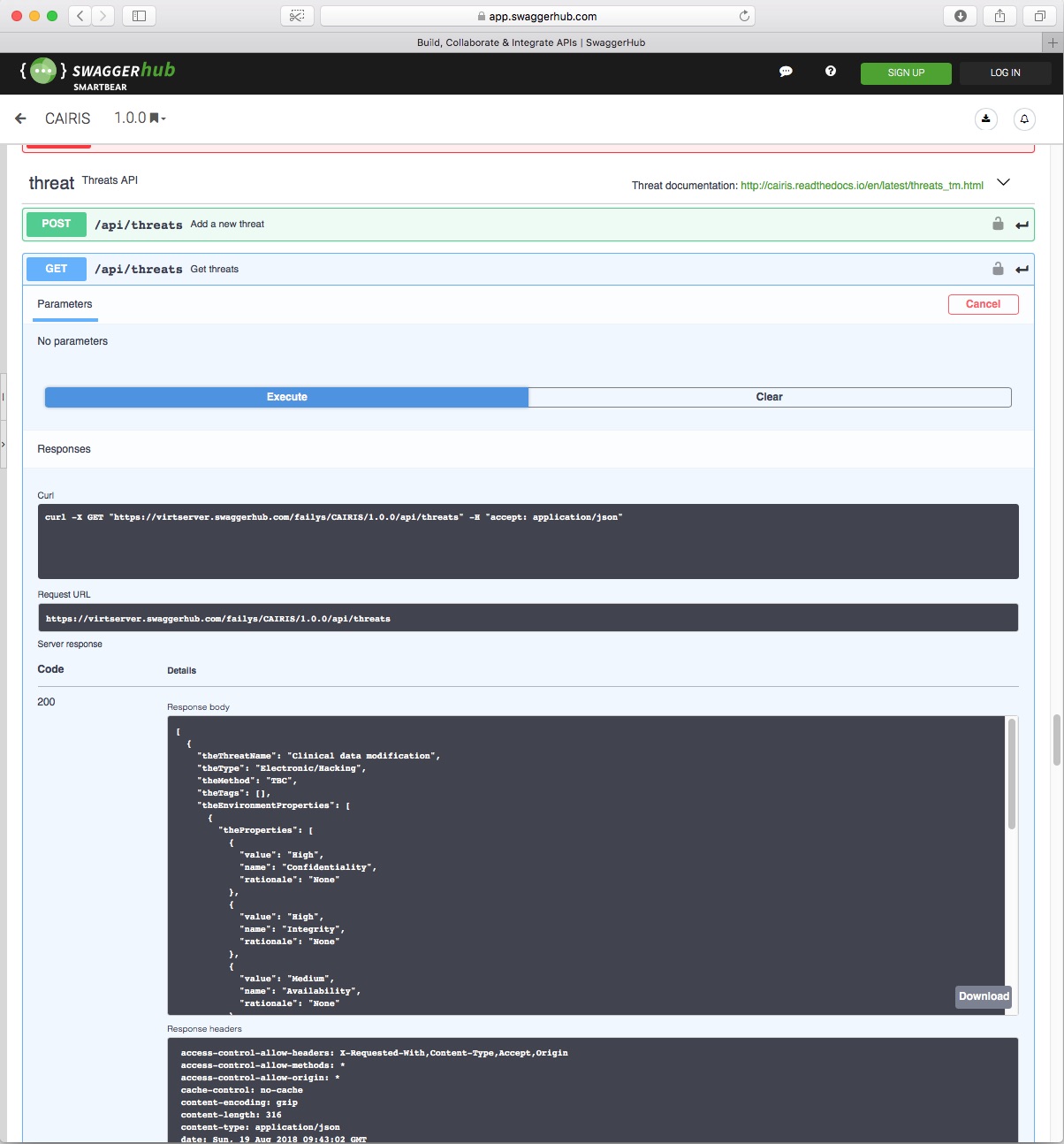 The API has been published on SwaggerHub, which supports auto-mocking. This means you can test the API without setting up your own CAIRIS server. The API is still in the process of being documented. However, although there may be additions to the 1.0.0 API, there won’t be any modifications without the versions being incremented.

We hope you find the API useful, and it gives you new ideas about how you can build security design tools into your larger toolchain. As always, if you have any problems, queries, or requests around the API then please raise an issue.